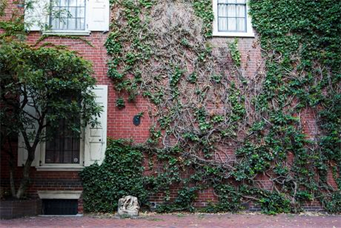 This area was a hit from the start. From the 19th Century, the area was an integral part of the city’s business district, as well as a popular spot for leading politicians, actors, et al.

Ben Franklin flew his kite at 12th & Chestnut, redirecting the course of American History. The very first free Public Library was here, and at one time the US Mint sat in the center of Midtown Village.

John Wanamaker revolutionized retailing when he built his massive department store at the corner of 13th & Chestnut, the first to use electric lights allowing locals to shop after nightfall. On the North side of Sansom, between 12th & 13th Streets, stood John B. Stetson’s headquarters for America’s most famous hat company, which were sold all over the world.

In 2006, local business owners felt compelled to reignite the city’s once lively and booming district, forming the Midtown Village Merchants Association. Midtown Village prides itself once more on being a unique enclave of open minded, independently owned and operated restaurants, hotels, retail boutiques and more.

This area offers mostly condominiums, with very few row-homes or single family homes. The condos vary from high-rise buildings to low-rise buildings, one to three bedrooms, some with parking some without. Many of the low-rise condo buildings were converted from the mansions they originally were originally and made into condominium units. The few row-homes in midtown village range from small 1,100 square foot two or three story homes up to larger 1,800 to 2,500 square foot developments with parking. 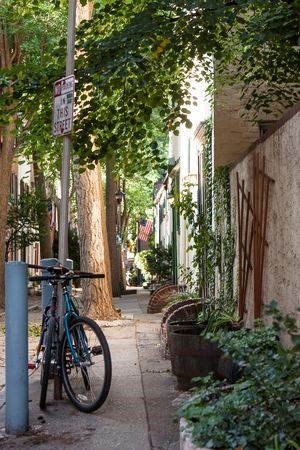 Getting to Midtown Village

Midtown Village is smack dab in the middle of Philadelphia’s transportation centers. It sits right next to Jefferson station, one of three major hubs for the regional rail system. Buses are a plenty and, if you need to travel to New Jersey, the PATCO station is easily accessible along Locust Street. The Broad Street subway line is also a mere block away.

Midtown Village is bordered by 11th and Broad Streets and Market and Spruce Streets.

Sleep in style, with choices like the Loews Philadelphia Hotel, The Double Tree by Hilton, and the Independent Hotel. There are also plenty of Airbnb listings, if you want to stay in the neighborhood.

Don’t have a bike? Don’t worry! There are Indego bike rental stations conveniently within the Midtown Village area.

Craving steak, Mexican, pizza, Indian, vegetarian, or a mixture of everything? Midtown Village is bursting with flavor and eager to please the pickiest eater. Restaurants such as Fogo de Chao, The Capital Grille, and Vedge offer their unique perspectives, winning over locals time and time again. 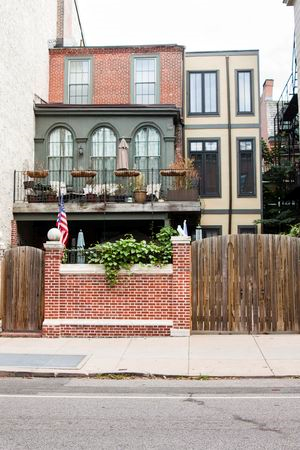 Monk’s Café is famous for its Belgian beer list and Vintage’s wine bar does not disappoint. Both offer delicious dishes to pair with their extensive drink menus.  Feeling fun? Heck out Lucky Strike for a truly unique bowling experience.

The Wilma Theatre is a neighborhood staple, offering contemporary theatre experiences that engage audiences and artists alike. Local businesses, such as Duross & Langel and Eviama encourage visitors to treat themselves to a little (or a lot) TLC. Among them are multiple businesses that cater to everything from eyeglasses and art-goers to children and artists.

The Fall Festival on 13th and Chestnut Streets is held every Autumn and features 8 hours of food, drinks, live entertainment, local shopping, and more.

Welcome to Grandview Condominium Complex, just a short walk into the heart of Chinatown in Center City Philadelphia. The P205 is located on the Penthouse's Top floor with...

Where Lux meets convenience in the midst of the city of brotherly love's trendy Washington Square. Location? A walker's dream ! This amazing 2 bedroom condo is just a ref...

Spacious, newly renovated one bedroom home with a brand new kitchen and bathroom! This residence is on a high floor with panoramic city views to the south and east from a...