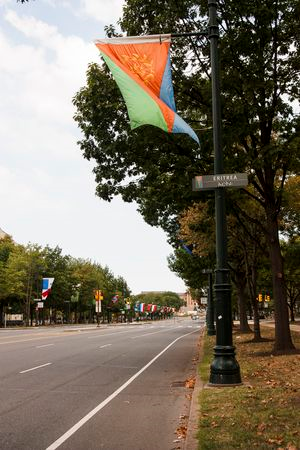 Logan Circle, or Logan Square (one of 5 original squares in Philadelphia-see Fitler, Washington West, and Rittenhouse), boasts an open-space park that trickles its shady greenery down the parkway toward the Art Museum. It lends itself to a multitude of events as well as providing much needed relaxation among the hustle and bustle of the businesses that surround it.

Home to some of Philly’s most important landmarks, the Art Museum and Free Library of Philadelphia, the Academy of Natural Sciences, the Franklin Institute, Moore College of Art and Design, and the Roman Catholic Cathedral-Basilica of Sts. Peter and Paul all reside within its borders. The Church of Jesus Christ of Latter-day Saints (Mormons) is building a Temple and a 32-story apartment building adjacent to the circle. When finished, the tower will feature 258 apartments, 13 townhouses, and street-level retail. The meetinghouse will include a chapel, family history center, cultural center, and outdoor courtyard.

Punctuating the large traffic circle at 19th and the Parkway is the neighborhood’s most beautiful landmark -  the majestic Swann Memorial Fountain. Designed by Philadelphia-born sculptor Alexander Calder, the massive fountain represents the region’s major waterways: the Delaware, Schuylkill and Wissahickon.

These are mostly condominiums, with very few row-homes and single family homes. The condos available range widely from high-rise buildings to low-rise buildings, one to three bedrooms, some with parking some without. The few row-homes in Logan Circle range from small 1,100 square foot two or three story homes up to larger 1,800 to 2,500 square foot developments with parking. 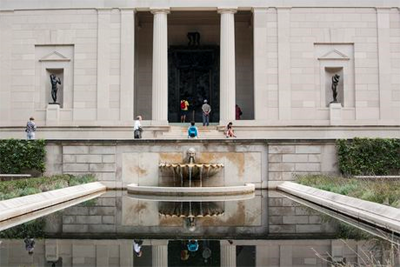 Getting To Logan Square

Logan Square is easily accessible by public transportation. SEPTA buses and regional rail lines stop at Suburban Station, and the Market Street El (running east and west) and Broad Street Subway both stop at City Hall. Bike share locations are plentiful. Take a tour of Kelly Drive - a famous section of the Schuylkill River that provides excellent space for any kind of exercise.

Logan Square sits between Broad Street on the east, the Schuylkill River on the west, Market Street on the south and Spring Garden Street on the north. The center of the city government’s daily business, City Hall is a natural focal point, adorned on the sides with ornate statues of allegorical figures and topped with a massive statue of William Penn. 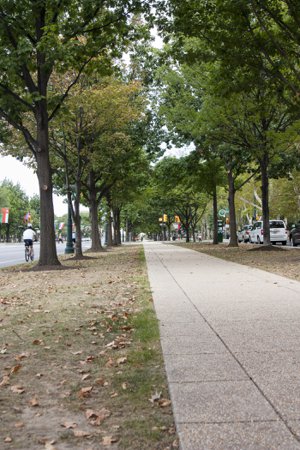 Take in spectacular views of the skyline at The Windsor Suites or stay in luxury at the Four Seasons in Logan Square. Many center city hotels are within walking distance. There are also plenty of Airbnb listings, if you want to stay in the neighborhood.

Don’t have a bike? Don’t worry! There are Indego bike rental stations conveniently within the Logan Circle area.

Take a seat at Sabrina’s Cafe, famous for their brunch, or dress up and take in the view from the Waterworks Restaurant and Lounge.

From Westy’s Tavern, a first-rate dive bar with exceptional karaoke, that lies at the edge of the neighborhood, to the Rose Tattoo Cafe, an old standard with a dimly-lit, sexy bar that corners 19th and Callowhill streets, you’ll find the right ambiance to wet your whistle. 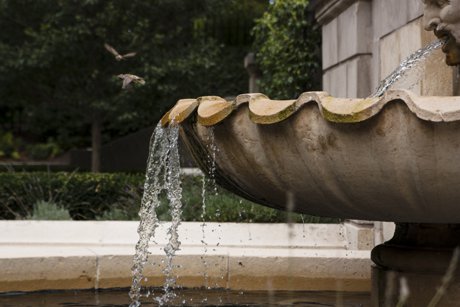 The Benjamin Franklin Parkway, its attractions and green spaces, draws residents and visitors year round. The buildings on its borders are a who’s-who of culture: The Academy of Natural Sciences of Drexel University, The Franklin Institute, The Barnes Foundation, the Free Library of Philadelphia, the Rodin Museum, the Ruth and Raymond G. Perelman Building and the Philadelphia Museum of Art. The stretch is also street-party central, with massive events such as the Fourth of July concert, Made In America, Philadelphia Marathon, Thanksgiving Day Parade and other large-scale to-dos taking place throughout the year.

This unit is a 2 bedroom, 2 bathroom, 1,176 sq ft, North East unit WITH BALCONY on the 15th floor at the William Penn House in desirable Rittenhouse Square! This buildin...

Cheerful loft-style1 bedroom at Locust Point located in the heart of Fitler Square! This condominium features hardwood floors throughout, an open kitchen with stainless s...

Courtesy of BHHS Fox & Roach The Harper at Rittenhouse Square

The majestic Murano Condominium is strategically located in the well known and sought after historic community widely known as "Rittenhouse Square". Home to fine dining r...

Welcome to The Newman. A totally renovated 1850 Brownstone converted into 8 condominium units. The exterior has carefully been restored with each little detail re-constr...