MANAYUNK: WHERE THE HILLS ARE ALIVE 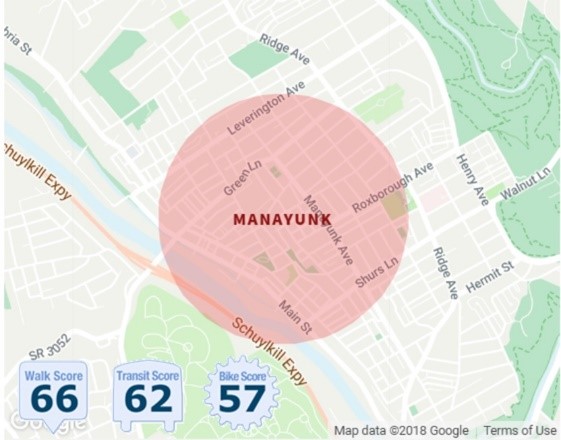 Quite possibly one of Philadelphia’s most aptly-named neighborhoods, Manayunk is derived from the Native American word meaning; “where we to go drink”. While the actual name references the neighborhood’s location next to the Schuylkill River, one can’t help but think that it must have had a subconcious influence on Manayunk becoming one of the city’s best areas for food and drink. Manayunk’s identity is shaped by it’s proximity to the Schyulkill River and its many hills; giving it a Pittsburgh-esque feel. Despite its famous inclines, Manayunk was once one of the city’s hottest industrial centers and thanks to a boom in restaurants, boutiques and bars; its become one of Philadelphia’s hottest neighborhoods.

The heart and soul of the community is Main Street, a mercifully level thoroughfare bustling with dozens of restaurants, owner-operated boutiques, bars and galleries. Daytime activities give way to nighttime action as foodies and revelers hit the streets, scoping out new menu items at restaurants, jockeying for views at riverside clubs, catching up-and-coming local musicians or dancing to DJ music.

The combination of singles, young families and multigenerational residents infuses Manayunk’s blue-collar origins with a modern edge. Row homes that housed millworkers during the community’s late 19th- and early 20th-century industrial boom now appeal to residents as much as the trendy loft apartments and stately Victorian houses that dot the community.

Bikers and walkers eager for a challenge take on Manayunk’s hills, particularly “the Wall” at Levering Street. Outdoorsy types can also hike or bike the Canal Towpath. Cycling shops in town also organize rides that will challenge various skill levels. If just looking at the water isn’t enough, Hidden River Outfitters leads guided kayak tours of the Schuylkill River. And Venice Island scheduled to open this fall, offers a “sprayground” for kids, basketball court and a 250 seat theater. Access from at Lock Street or Cotton Street.

Those in need of retail therapy rejoice in Manayunk. Within a few blocks, shoppers can score runway designs at Nicole Miller and get gorgeous with imported high-end products from Beans Beauty. The town includes several furniture stores, such as Pompanoosuc Mills. In a nod to Manayunk’s manufacturing past, Philadelphia Woodworks offers visitors an opportunity to craft their own furniture item. The center also hosts classes for aspiring craftspeople and master woodworkers alike, where they can utilize professional tools and equipment. Cyclists of all skill levels love gear shops like Cadence Cycling and Trek Bicycle. 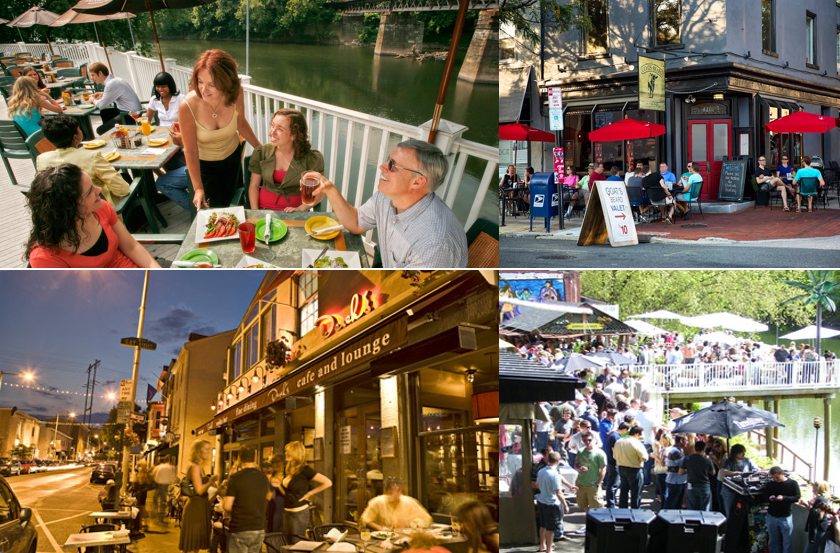 With more than 30 dining options and a dozen international ethnic cuisines, Manayunk has something to satisfy every craving. Whether you’re looking for a quick bite at a casual café or a three course meal at a fine dining establishment, you can enjoy the flavors of Philly all along one walkable street. Manayunk’s famous al fresco dining scene, along Main Street or overlooking the river, is the perfect place to catch up with friends and passersby.

In addition, each spring and fall, Main Street closes to auto traffic for the Manayunk StrEAT festival as food trucks and vendors line the thoroughfare. The event also features live music and sidewalk sales. Following the StrEAT festival, Manayunk Restaurant Week kicks off with three-course prix fixe menus priced at $15, $25 and $35.

Great opportunity to own a large four-bedroom one and ½ bath in Manayunk. This home boasts four large bedrooms, 1 full bath on Second floor and ½ bath on main floor. Larg...

Tucked away steps from Manayunk's lively Main Street is a uniquely designed renovation unlike anything you have seen. 122-24 Seville Street sits on a massive double lot t...

Experience the epitome of luxury living in this award-winning architectural gem located in the heart of Manayunk. As you walk up the steps, you are immediately greeted by...

Welcome home to 4229 Manayunk Ave, a spacious 5 bedroom, 2.5 bath home in a desirable location. Enter the front vestibule or the “sun-room”, surrounded with new LVT fl...